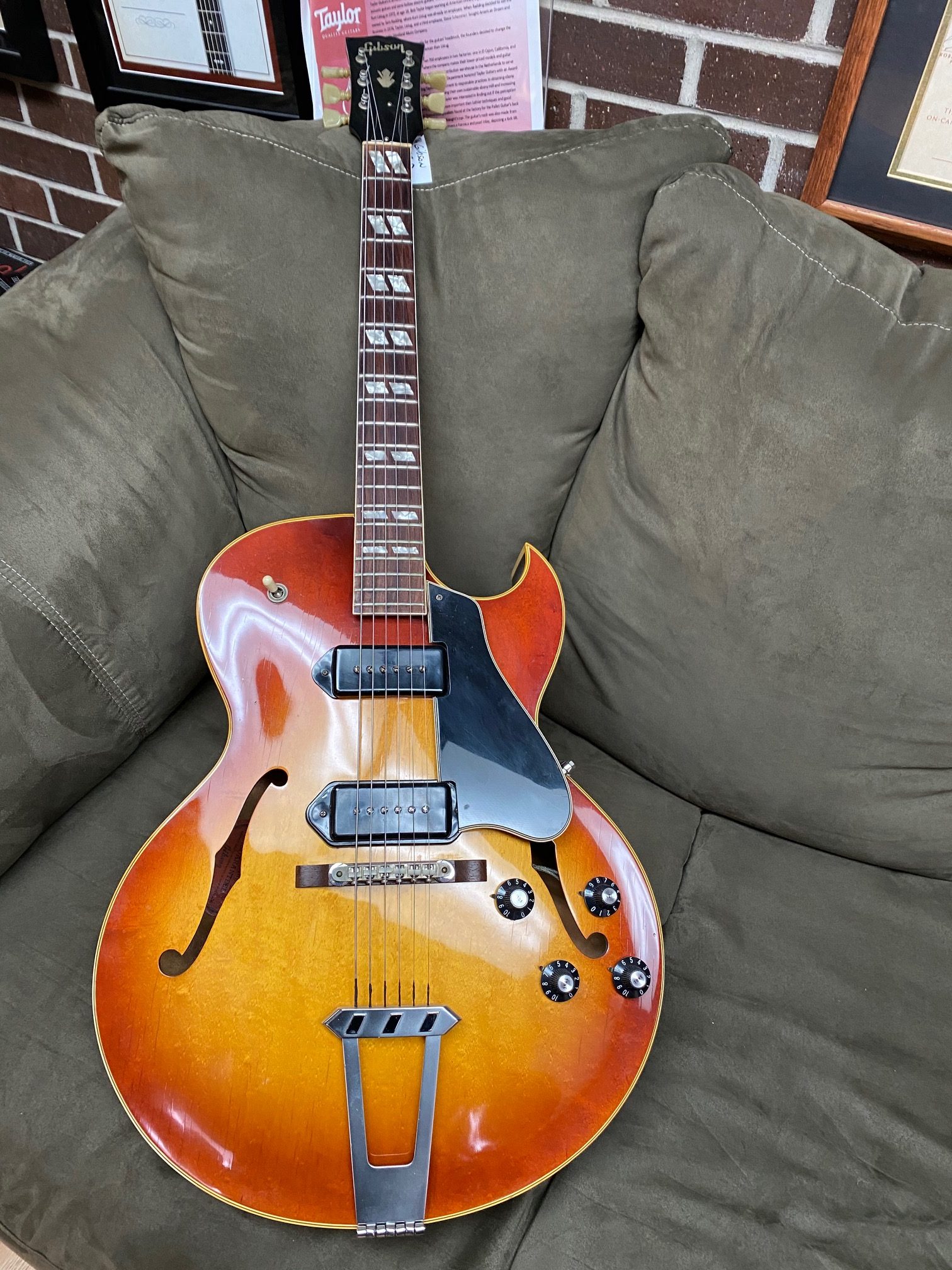 This 1962 ES-175D shows its distinctive zigzag tailpiece while reclining against a Fender Vibrasonic amp from the same year. The amp was Fender’s first Tolex model.

The Gibson ES-175 debuted in 1949 as an affordable, yet high-quality professional alternative to the existing 17″ wide ES-300 and ES-350 models. The same 16 1/4″ body size of the cheaper ES-125 was used, but with an arched laminated maple back. A deep Florentine cutaway was introduced for a trouble-free reach to the high registers. A double-pickup version known as the ES-175D was eventually launched in 1953. Both models were available simultaneously until the single-pickup guitar was dropped in 1972. The ES-175 remains a top choice today for serious jazz musicians.

A double-pickup version known as the ES-175D was eventually launched in 1953.

The 1962 ES-175D pictured has the features most often associated with the classic incarnation of the model. These include PAF humbucking pickups (1957-1964), a zigzag tailpiece (1957-1970), double-ring Kluson tuners (replacing single-ring tuners in 1960), a rubber grommet under the selector switch (by 1958), and a laminated truss rod cover with a beveled white boarder (replacing the one-ply plain black cover in 1958). While the ES-175D was only officially offered in either sunburst or natural, this example is finished in cherry (a standard color for guitars in the ES-335 family). The 1962 list price was $340. The current value for this one is believed to be $10,000!!